Unlike France’s upcoming cannabis trial, Switzerland will be pursuing an altogether more ambitious project. Though the Swiss government would monitor a larger number of users, the pilot will test the viability of legalising recreational cannabis in Switzerland.

Indeed, the stakes are much higher — but, if successful, Europe could expect an immediate regulatory windfall.

Defining the Swiss stance on pot

It’s a complicated matter picking through which reforms have been proposed, which are in discussion and which have only been mentioned in passing.

The issue in Switzerland ultimately turned around the need for new data to formulate necessary amendments to cannabis laws. This is because the country has been attempting, in one form or another, to slowly introduce the plant into society for nearly two decades.

And with over 500,000 citizens already enjoying cannabis, potential subjects for the pilot would be easy to identify. One mustn’t forget, marijuana is already tolerated in the country.

Since 2012, following decriminalisation, users have been allowed up to ten grams of cannabis flower in Switzerland and less than four grams of hashish before facing any kind of serious imprisonment. Even then, users aren’t likely to be bothered. Consuming cannabis in public, a litmus test for policymakers, earns consumers a mere 100 CHF (~€94) fine.

The growing optimism about what was possible even led a handful of smaller townships to try legalising the cultivation of cannabis too. The Swiss government’s health agency was quick to shut down the initiative, however.

But the latest cannabis trial reveals a growing interest in revisiting legalisation. The primary focus of Switzerland’s experiment is to learn more about the socioeconomic and health risks associated with legalising cannabis. Critically, they are looking at recreational cannabis, rather than just the medical space.

Related: The Difference between Medical and Recreational Marijuana

Before digging into these details, however, it’s important to understand how this small European country has skipped ahead of other member states. At first glance, it certainly appears like a large step.

And with the EU still debating the nature of CBD and many countries dealing with supply chain issues on the medical front, could the European continent really sustain a country that has fully legalised cannabis? Well, in many ways, it already does.

In the early 1990s, small shops began springing up all over Switzerland. They sold different herbs and plants, which were advertised as aroma-therapeutics. Many of these ‘Hanflädelis’, as they were called, also sold cannabis. This was because of a minor discrepancy in Swiss law, according to the cannabis publication Herb. The shops even sold hash as the law did not distinguish derivatives, hemp or cannabis flower based on their tetrahydrocannabinol (THC) content.

This was later amended as the country soon became a popular tourist location and exporter of cannabis. Eventually, the United Nations (UN), and neighbours, France and Germany specifically, began to pressure Switzerland into tightening its stance on cannabis. Still, the country had grown quite fond of the cafe-style cannabis shops.

In 2001, the Swiss Federal Council pledged to find a suitable alternative to accommodate all parties. But after joining the UN, they reneged on this pledge when faced with an ultimatum: Join the UN or keep lax cannabis laws.

A history of marijuana leniency

The seeds of this earlier enthusiasm have flourished into some of the more lenient cannabis regulations in Europe.

For a period, beginning in 2012, it was even legal to grow certain kinds of cannabis in Switzerland. Varieties of cannabidiol (CBD)-heavy strains, for instance, were allowed. But as soon as growers crossed a 1 percent THC threshold, they became subject to relevant narcotics laws.

Comparatively, these ‘cannabis light’ varieties still enjoyed much higher THC limits than the rest of Europe. Italy has been a large producer of this strain, for instance, with many small businesses popping up to sell so-called ‘collector’s items’ used only for ‘technical use’ according to shop keepers.

For countries like France, Spain, Luxembourg and Germany, the results have been mixed — in 2018, for instance, French authorities shut down all the newly-opened cannabis light cafes in the country. For reference, strains found in these shops could not cross 0.2 percent THC.

Related: The Legal Situation of Cannabis in France

Regional users in Switzerland were allowed to grow up to four of these cannabis light crops at home for personal use. As the number of legal inhabitants increased in a residence, so, too, did the allowance for cannabis crops. The only stipulation was that each inhabitant was held responsible for four plants. In a house of two people, for instance, one person wasn’t allowed to tend to more than their share of four crops.

‘We have [agreed to] these new rules to prevent [drug] tourism between regions where the rules are different, and to stop [people from] buying it on the streets,’ said a representative of the Neuchatel region. Couple this with the relative ease by which cannabis seeds are allowed to flow in and out of the country, and Swiss residents quickly developed a green thumb. 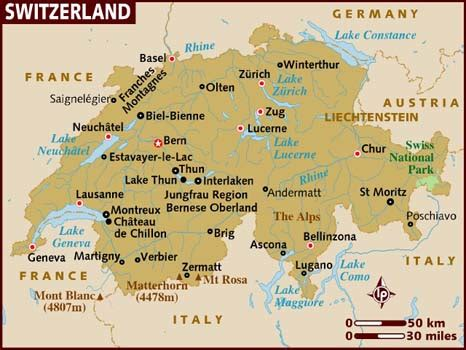 Unfortunately, before many crops could come to maturation, authorities reversed the practice in October 2012. One judge said:

In exchange for the change of heart, the country decriminalised cannabis use, even high-THC strains. The financial resources saved from interpreting regional differences in Swiss law would now be centred around cracking down on cannabis users under the age of 18.

Since then, the country has been in a sort of deadlock based on a 2016 proposal for a cannabis pilot.

Basel, Bern, Zurich and Geneva were the first cities in Switzerland to propose the recreational use of cannabis four years ago.

At that time, they hoped to roll out cannabis clubs where users could come and enjoy cannabis, no strings attached. The primary objective was two-fold: Curb drug sales in the black market and continue to help adolescent users who were having difficulties kicking their cannabis habits.

As a sidenote, Switzerland is the second country in the world with the highest number of young cannabis users, according to UNICEF. The number one spot went to Canada in 2013.

In November 2017, the pilot project was shot down by the Federal Office of Public Health, but, a month later, the parliament voted to nonetheless review a change to the law. This was also rejected by the National Council in 2018.

Still, the Federal Council forwarded a new proposal nonetheless to reexamine the cannabis situation in Switzerland. It has truly been a bureaucratic fight every step of the way.

This second proposal rides on the back of the medical cannabis movement. Members of the Federal Council explained that, though it’s possible to gain access to the plant, the hurdles are cumbersome and unnecessary.

The final piece to this story is that of the recreational pilot slowly being rolled out in 2020.

If approved in whole, it would see 5,000 participants testing a variety of recreational-use cannabis products in Switzerland.

The purpose of the experiment would be to uncover the ‘socioeconomic aspects such as employment, family, public safety, and the illicit market’ around marijuana. More importantly, the legal validity of the experiment would hold for ten years, meaning agencies would have ample attempts to test, reformat and test again within this framework.

The proposal also touches upon a return to cannabis clubs, places limits on how much a participant can consume in a month and limits the THC content to 20 percent. At the beginning of this month, the pilot unofficially began after outlining a few more specifics. The most important point stated the experiment will only use Swiss-grown cannabis from organic farmers.

The French pilot differs in that the majority of cannabis will be imported from other EU members. It’s also only inviting 3,000 participants, and each participant must qualify for a relevant medical condition.

In Switzerland, interested parties only need to prove that they consume cannabis, regardless of the reason.

The pilot will be a data-rich endeavour that will surely shed some light on how countries can adopt more lenient cannabis laws. Success is difficult to measure in this context, but it may reveal critical bottlenecks in enforcement (i.e. consuming cannabis in public, monitoring points of sale, etc.) as well as the murkier societal implications of cannabis consumption.

All in all, Switzerland is setting a rational precedent for how to reintegrate a long history of cannabis into its culture. Now it’s just a matter of who will follow along.

The 15 Best Countries for Medical Marijuana

How Cannabis Could Save Bees And Make Your Life Sweeter