Business
0
by Liam J. Kelly
May 4, 2020May 8, 2020
1 Share views
FacebookTwitterlinkedinPinterestRedditStumbleuponTumblr

Budding cannabis entrepreneurs have quickly figured out that business is better downstream from cultivation. Competing with established cannabis growers in Europe and abroad means joining a saturated and costly vertical.

Still, these producers of raw material are critical infrastructure for the industry.

But what if there was a way to cut them out?

Kannalife is an American bio-pharmaceutical company that’s been around long before the latest cannabis trend. ‘As an investment banker, my first love was biotech,’ said Dean Petkanas, the company’s CEO, in an interview with Strain Insider.

This early passion led Petkanas to eventually become the vice president of business development for another bio-pharmaceutical company called Xechem International. The firm researched and developed treatment products to combat malaria, cancer and AIDS. The company is perhaps best known for its chemotherapy drug, called Taxol.

Critically, the substrates used for these products came from natural sources. 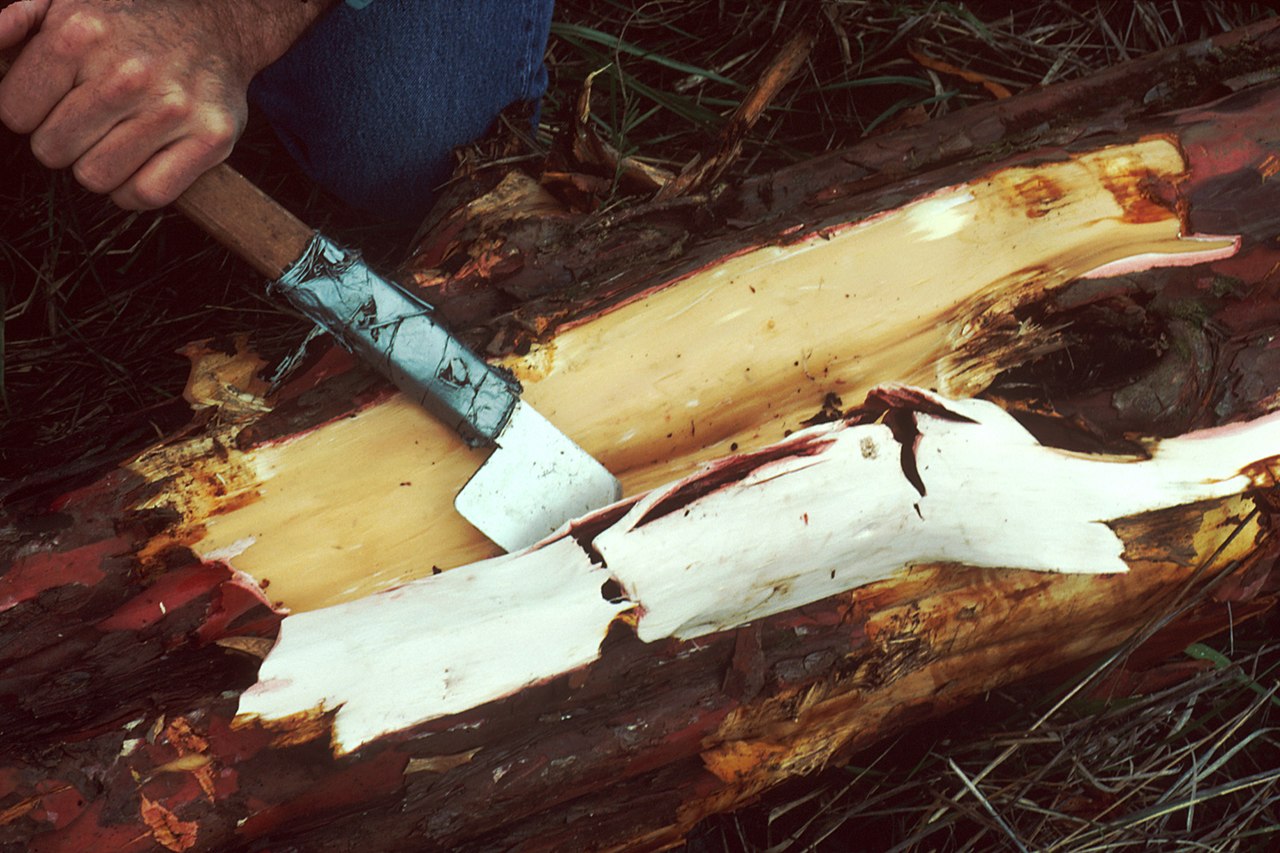 To create Paclitaxel, the non-patented name for Taxol, pharmacists needed the bark from Pacific Yew trees. Harvesting this resource also meant killing the entire tree. This sparked research into developing a synthetic version of the compound in the early 1990s. Source: Wikipedia

From 1992 to 2007, Petkanas worked alongside researchers and regulators to help roll out critical drugs. This is in part how he stumbled upon cannabis.

‘I asked myself if there were medicinal properties in cannabis,’ he said. After leaving Xechem in 2007, he had more time to mull this question over. But due to marijuana’s legal status, researchers had been barred from working with the cannabis plant, according to Petkanas.

This is because pot is still a schedule I drug in the United States, the strictest classification.

These are drugs and chemicals that the United States Drug and Enforcement Agency (DEA) has defined as substances ‘with no currently accepted medical use and a high potential for abuse.’ It includes drugs like LSD, peyote, so-called ‘quaaludes‘ and ecstasy.

The irony, of course, is that although many states in the U.S. have legalised marijuana, users still face stiff punishment if they attempt to cross state lines while holding cannabis. In Pennsylvania, where Kannalife is located, attempting to sell cannabis can land users 15 years in prison.

Thus, avoiding such controversial territory has been a primary focus for Kannalife.

The ex-investment banker, like many in the cannabis space, soon identified cannabis’ capacity to act as a neuroprotectant among other benefits. It was in this realisation, along with Petkanas’ long history in the world of pharmaceuticals, that Kannalife was born.

‘While we were conducting pre-clinical research on oxidative diseases, those related to the brain and liver, we discovered a compound in cannabis that could be used as a neuroprotectant,’ he said.

In this research, the team also discovered some potential disadvantages found in cannabidiol (CBD), namely, it’s potential to harm the liver.

‘There were also physical limits to CBD’, said Petkanas. ‘The body might not absorb the compound, or it would get absorbed in the fat and limit its effectiveness.’ Throughout the team’s early research, they discovered the good, the bad and the ugly surrounding CBD.

That’s when they decided to create a better version.

Called KLS-13019, this CBD-like molecule offers a host of advantages to the original miracle compound. In a report, researchers found that Kannalife’s product ‘was 50-fold more potent and >400-fold safer than cannabidiol and exhibited an in vitro profile consistent with improved oral bioavailability.’

Bioavailability refers to a compound’s ability to be digested by the body.

A more potent CBD that improves upon all the anti-inflammatory and neuroprotectant components is a powerful discovery. And like CBD, it seeks to treat many of the same basket of maladies. In the latest, Kannalife is working with Temple University Lewis Katz School of Medicine to find ways to treat chemotherapy pain.

Due to its improved potency over CBD, KLS-13019 has the potential to relieve suffering attributed to chemotherapy-induced neuropathy, otherwise called CIPN.

It is a common symptom for cancer patients undergoing heavy chemotherapy treatment. It’s symptoms range from feeling ‘pins and needles’ in the hands and feet to the inability to walk normally. Medical professionals have traditionally prescribed opioids to treat these symptoms.

And, according to Petkanas, this is just the beginning. The applications are wide-ranging and may have benefits in all realms of pain therapy.

From a business perspective, Kannalife isn’t hampered by traditional supply chains in the cannabis industry either.

Petkanas’ company has broken down several barriers, scientific and otherwise, in its pursuit of a better CBD.

And when compared to potential competitors, KLS-13019 poses unique advantages to compounds that depend on the whole cannabis plant. Consider the British pharmaceutical company, GW Pharmaceuticals.

About 12 years before Kannalife came into existence, GW was one of the first companies to obtain a cultivation licence from the United Kingdom Home Office. This licence allowed the team to grow and conduct research on the cannabis plant. It’s not dissimilar to what Kannalife has done, except that the British firm doubles as a small-scale cannabis grower too.

These research ambitions, as well as cultivation prowess, continued to expand via a collaboration with Hortapharm, another research firm from Holland. Beyond identifying the opportunities that cannabis offers to the world of medicine, GW and its associates were also tasked with cultivating a controlled product each and every grow.

This specific piece of the puzzle has posed various problems for many firms in Holland. It is for this reason that Bedrocan has managed a monopoly on producing medical cannabis for the Office of Medicinal Cannabis (OMC), Holland’s national regulator. It earned this title through tireless efforts to produce the same high-quality cannabis plant grow after grow.

Now, the company services nearly all of Europe’s cannabis needs. GW enjoys a similar status but exists in a vertical closer to Kannalife’s. The British firm has pursued safer cannabis alternatives for epilepsy and sclerosis medicines. It has even been licensed by the American Food and Drug Administration (FDA) to distribute its Epidiolex product.

At that time, Dr. Scott Gottlieb, the FDA’s Commissioner, said:

‘This is an important medical advance. Because of the adequate and well-controlled clinical studies that supported this approval, prescribers can have confidence in the drug’s uniform strength and consistent delivery.’

The work of Bedrocan and GW provides excellent examples of how marijuana can enter the medical world.

But as cannabis-based alternatives become less and less stigmatised, and as medical professionals feel more comfortable prescribing these products, the dependence on a highly-regulated and controlled supply chain could pose problems. In other words, growing each business will rely on the uncertainty of cultivation.

‘In their SEC filings, GW’s risk factors disclose business interruptions that include loss of growing facilities, disclosures relating to scale up, and competition from suppliers of synthetic cannabinoids and cannabis extracts. The existing manufacturing model for GW, while purposeful from 1998 to 2015, may not be sustainable from a cost of goods perspective as they increase sales of Epidiolex.’

It is a unique problem that may not have been considered in the midst of the cannabis craze. But it makes sense.

Providing controlled and regulated versions of cannabis-based CBD has already been a major issue in Europe. It is for this reason that regulators have cracked down with the Novel Foods Regulation. Unfortunately, overcoming these regulations is only the beginning.

Once mainstream appetite gets a taste of cannabis’ potential, serving this demographic will be difficult for the seedling industry. It’s at this point that Europe will realise the extent to which plant-based medicine can be a bottleneck.

It may also be the time when companies like Kannalife capture a market eager for a steady, controlled supply of powerful medicines.

The Legal Situation of Cannabis in Belgium

How Far is Sweden from Legalising Marijuana?